Welcome to Angel Reach. The place to find 'everything you ever wanted to know about angels'

Who is Archangel Remiel?

Do Angels Have A Distinctive Aroma?

How Do You Know When You’ve Met An Angel?

What Does It Mean To Dream of Angels?

Guide To ArchAngels And How Each One Can Help You

Archangel Emmanuel Reminds Us That Miracles Are Possible

Who Is The Angel Muriel?

WILL YOU EVER FIND TRUE LOVE? 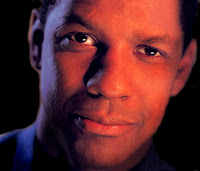 Hollywood star Denzel Washington has revealed his spiritual side - by admitting he believes he is being guided by a guardian angel.
The Oscar-winning actor said he had an encounter with the celestial being when he was a youngster.
He said: "It looked like my sister but then I saw wings . But it was as real as any human being
"I walked over to the door and opened it so some light came in the room. Then it faded away."
He said he then asked his mother to explain what he had seen and she told him it was his guardian angel.
The 56-year-old star added: "Sometimes it's just about having faith in what I saw and some people must think that's crazy. But it has worked for me.
"Ever since that night I have always felt protected."

Sign up for my newsletter now, to read about all things ‘angelic, magical and mystical’.
And to receive details of ‘special offers on my popular angel readings and psychic readings’